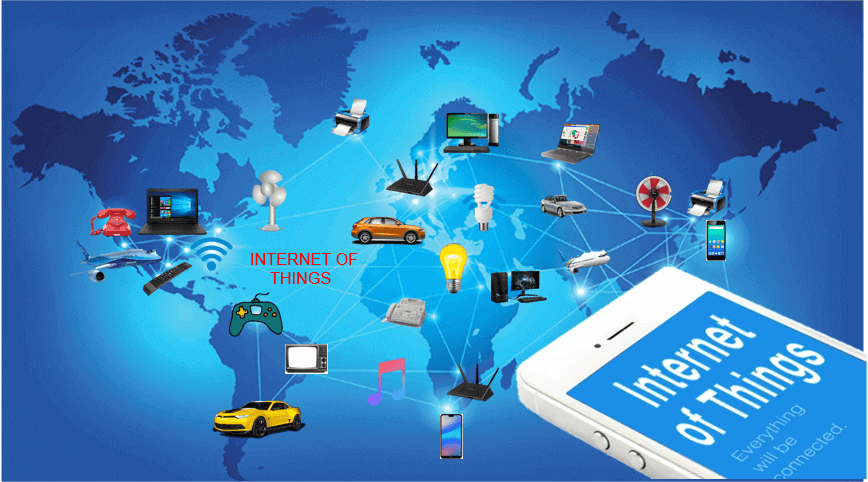 "If you think that the internet has changed your life, think again. The Internet of Things is about to change it all over again!”

IoT is changing and transforming everything from business to life and there is a lot of noise at the moment about the Internet of things and its impressions on everything right from refrigerators to parking spaces to houses, the IoT is bringing more and more things into the digital fold every day which is making everything smart. The growth and convergence of data, processes and things on the internet would make such connections more relevant and vital, making additional opportunities for people, businesses and industries.

Raise your hand if you want to understand how the Internet of things (IOT) actually works.

There might have many questions in the mind of the people as how IOT will change life in many ways and why it could be the beginning of a world ruled by machines. It has always been a hot topic of the town, so let’s walkthrough the spectacular journey of Internet of Thing (IOT).

The security of IOT in the technology area concerned with safeguarding connected devices and networks in the internet of things (IoT). Due to a lot a security issues Businesses need to begin their research about developing this IoT development expertise in-house and also begin hiring IoT app developers and IoT app development company.

But, after a number of high-profile incidents where a common IoT device was used to infiltrate and attack the larger network IoT has become the subject of scrutiny. In order to get protected from such attackers, some common IoT security measures are: Incorporating security at the design phase, Hardcoded credentials should never be part of the design process, PKI and digital certificates, API security, Identity management, Hardware security.

As the technology evolves, the emerging IoT device management will allow an IoT development company to break all the boundaries of traditional data management and create a new data structure, that is capable of learning and flexing to necessities of distinctive arriving information over time. It is basically the process of authenticating, provisioning, configuring, monitoring and maintaining the device firmware and offers certain facilities that can take care of devices and software to reduce the downtime and keep up the productivity.

Here are a few Benefits of IoT Device Management:

The next emerging technology in IoT will be Analytics in IoT. Internet of Things analytics (IoT analytics) refers to data analysis tools and examining the data obtained by the Internet of Things. IoT analytics offers the capability to combine operative information with data from IT systems and deliver intelligent analytics to those stakeholders who need them most. IoT analytics is applied to industrial automation, mobile apps, cloud solutions and hardware development, among other things. Hence it will involve in-depth market research, general trends, economic state and statement of a product’s life cycle.

An IoT OS is designed to perform within the constraints that are particular to Internet of Things devices, including restrictions on memory, size, power and processing capacity. Since Traditional operating systems such as Windows and iOS were not designed for IoT applications and they are complex in nature and may not support the chips that IOT developers use, that is why a wide range of IoT-specific operating systems has been developed to suit many different hardware footprints and feature needs.

If we talk about the IoT ecosystem it is like a community that consists of data and monetary flows that helps in connecting enterprises and vendors together. This new chain of development is that the best thanks to connect corporations along. Many IoT business models sometimes admit sharing information between multiple businesses and devices. For that, you need to hire IoT developers who are familiar with all the ecosystems and standards of IoT. In future, the companies will be offering the IoT ecosystem similar to risk management and cyber security.

Event stream process (ESP) may be a software package capability designed to support implementation of event-driven architectures.In near future, IoT development applications will generate high data rates that should be analysed in real time.

All these technologies are going to take IoT to the whole new level. Therefore, if you are not familiar yet with the IoT application development yet than you should hire IoT app developers or you should look to hire IoT development company who can guide you in developing your IoT business project.