MySQL and MariaDB. Which is Best?

Database Management has come a long way since the past decade. From Games applications to the government sector, databases are responsible for many of the services we utilize daily. The use of Database management is an absolute necessity in today’s IT-fuelled business environment. There’s always a debate that has been ongoing with no end is regarding whether My SQL is better than MariaDB. In this blog, we are going to compare both SQL and MariaDB in selecting the best database management and break down most important distinctions and discuss two of the key players in the database management: My SQL and MariaDB.But before going further, you need to make sure to have a clear understanding of what SQL and MariaDB are.

We will see a Significant advancement in the tech space in 2019. The following are AI trends to look out for this year and will have a huge impact in years to come:

What is My SQL and why is it popular?

MySQL is one among the foremost versatile and widely-used options available, making it a safe choice and especially great for complex queries. MySQL is an extremely established database. As far as scalability is concern, SQL databases are vertically scalable, which means that you can increase the load on a single server by increasing things like CPU, RAM and more. My SQL is available for all major platforms, including Linux, Windows, Mac, BSD and Solaris. It is an open source and highly cost-effective, hence best for good business. MySQL may be a robust selection for any business that may have the benefit of its pre-defined structure and set schemas. For example, applications that need multi-row transactions - like accounting systems or systems that monitor inventory - or that run on heritage systems can thrive with the MySQL structure: 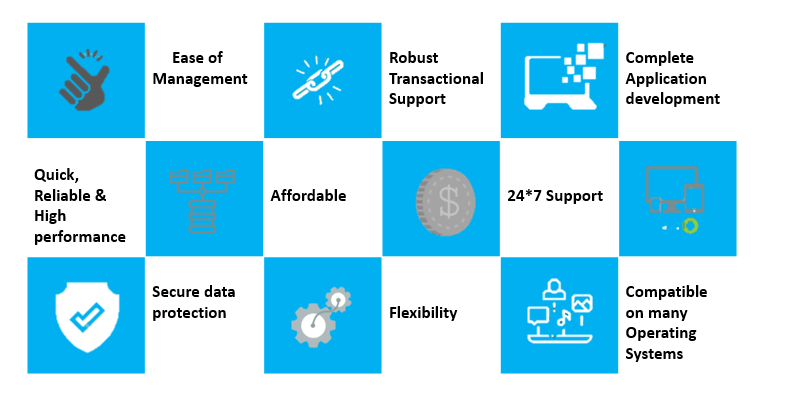 What is MariaDB and why is it popular?

MariaDB is a fork of MySQL, the database structure and indexes of MariaDB are the same as MySQL. MariaDB plays a vital role and provides a drop-in replacement for organization running My SQL. It is fast, scalable and robust, with a rich ecosystem of storage engines, plugins and many other tools. MariaDB is more open and vibrant.

Who wins the battle MySQL and MariaDB?

Some of the similarities between these two databases are as follows:

Here are the pros of using MY SQL:

Here are the cons of using MY SQL:

Here are the pros of using:

Here are the cons of using MariaDB:

When versatility, scalability and cost-effectiveness are the top concerns then MySQL is the most beneficial for a longer run, however if you require certain optimization like index condition push down, batched key access etc and speed is your main concern then MariaDB is best.